Let’s face it, 2007 was pretty spectacular, in fact it was SO spectacular that it’s taken me most of January to write it all down…

We flew straight into ’07 with a massive 9 level platform game, called Extreme Pamplona. It was so big, it took 15 people 2 months to make it, we even had to move into new offices to accommodate everyone!

Then we found out that we had come best in class in 3 separate IMA awards for the Plug-in Media website.

In February I re-launched our local Flash user group as FlashBrighton and we rather insanely increased our meetings to one a week!

In April, we were nominated for a Webby!

A trip for Boston for myself and Plug-in’s Creative Director Dominic Minns followed in May. We were invited to the New England Institute of Art to explain to an enthusiastic group of people exactly how we make games.

Also in June was my first visit to Minneapolis and Dave Schroeder‘s awesome FlashBelt conference.

And, just for FlashBelt, I’d rewritten all of my particle experiments into AS3 and realised I could get at least 10 times as many particles as in the AS2 version.

It was a great conference, there was lots of drunken karaoke where I bonded with Mario Klingemann and sang with Jeremy Thorp. And I’m VERY happy to be returning in 2008.

Summer brought a couple of personal trips including a wonderful few days in Paris with my girlfriend Jenny (now fiancée) and then I spent a week in Austria playing a box drum with a gypsy jazz band.

In August, I found I had become somewhat of a youtube star by sharing with everyone what I have to put up with in the office!

And then, we lead FlashForward into the vortex of the damned!

September brought two more award nominations – the Y Design Awards, and the famed FlashForward rubber arrows. And of course FlashForward itself, where I presented my particle session, for the first time entirely in AS3. I also showcased some cool new tracking effects, using a webcam, along with a mobile phone and a lighting up yoyo to trigger particle sparks!

And also in September I stepped out of my comfort zone into Microsoft’s Mix 07 conference and sparked a noisy but affectionate debate with my Flash vs Silverlight posts. 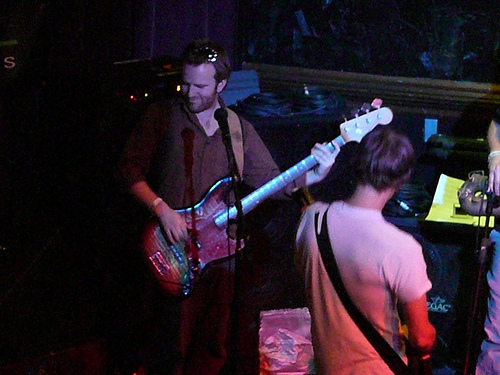 October got even crazier, with FITC Hollywood and the inaugural performance of Phlash5, the band made up almost entirely of Flash speakers, including Aral Balkan, John Grden, Chris Allen, and Craig Swann. 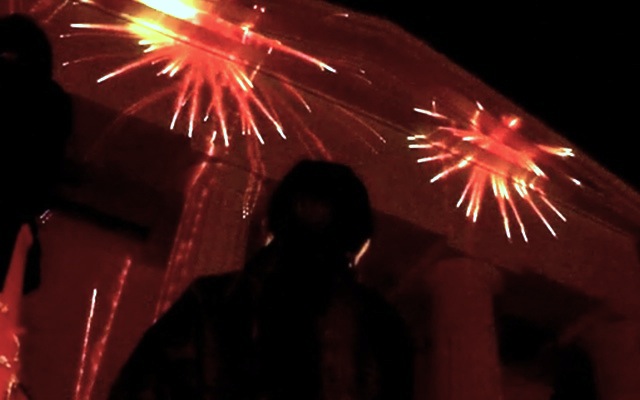 Of course, I arrive back in the UK only to find that I only have 2 weeks to complete a massive digital installation called Pyrotechnics to the People – an interactive digital fireworks display. 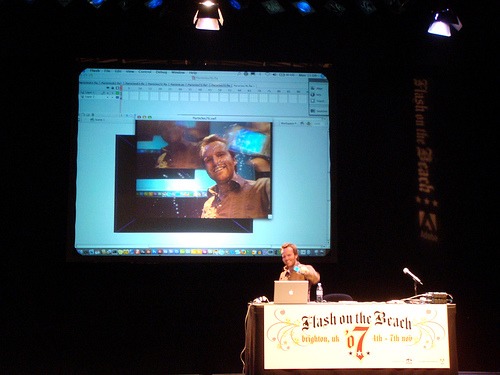 Which happens at the same time as the astonishing Flash on the Beach, where John Davey put on an even better conference than last year. Truly mindblowing. Another outing for the ever evolving Particle session and a whole day long workshop with Dom, all about how to make games in Flash.

November continued to be eventful, with several 3D noise related posts and the FlashBrighton Big Day Out, where I gave myself the insane and highly amusing task of programming a snowstorm, from scratch in 15 minutes.

And finally, no let up in December with our RedNoseRacer platform game, and snowing screensaver.

And Plug-in Media seems to be going from strength to strength, with several more big project wins, including one to produce all the graphical assets for a Wii game.

So what about 2008?
Well it’s a great start so far! Being accepted onto the Papervision3D team is HUGE for me. And over christmas I wrote a 4 page tutorial for Computer Arts Magazine which will be coming out on February 14th.

Fantastic year Seb 🙂 Thanks for sharing.

It’s not easy to be a Flash rockstar hehe 😉

WOW! WHAT A YEAR! NICE TO HEAR THE ROUNDUP!

Thanks Matt, great to hear from you, WHAT’S WITH THE CAPS LOCK? 😉

Those Phlash5ers sound like real wankers if you ask me! 😛