Now that the Margate Games residency is over it’s time to take stock and document the project.

To my great relief the system worked really well and Lazer Arcade proved to be a huge hit – there were constant queues throughout the GEEK festival.

So what did I learn?

Well the big surprise was that out of all the games I made, the simplest was the most popular. It was just a target and I made it in a couple of minutes as the first game to test with. But I had accidentally hit upon a few playability features.

It was easy to get some kind of score, even if it was by hitting the outer edges of the board. This is important when you only get six shots. And by making the bullseye difficult to hit, it meant you had to come back and try again. I gave the bullseye a score of 50 points (the outer rings got 10 and 5 points) so you’d be guaranteed a high score if you got one. I think the highest score of the weekend was 180 (which requires 3 bullseyes!).

Adults enjoyed the 80s aesthetic of Asteroids but it was completely meaningless to most of the kids. The coconut shy was really hard to even get one coconut, but I guess that’s the same as the real life ones.

The Nerf guns proved to be a bit problematic too – they kept jamming up. I think I’d probably work on some modifications to the guns if I ran it again. The smaller kids in particular had a bit of difficulty with them.

But all in all, it was a hugely enjoyable experience. It was great to meet and hang out with the other artists who all made great games. Thanks to everyone at GEEK, especially Rhianna, Stefan and the other volunteers who basically spent hours loading and picking up sponge darts. 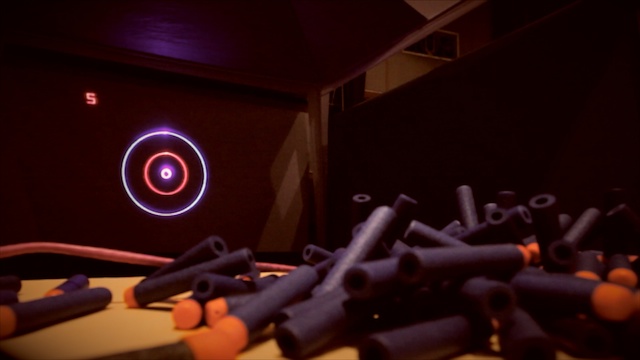 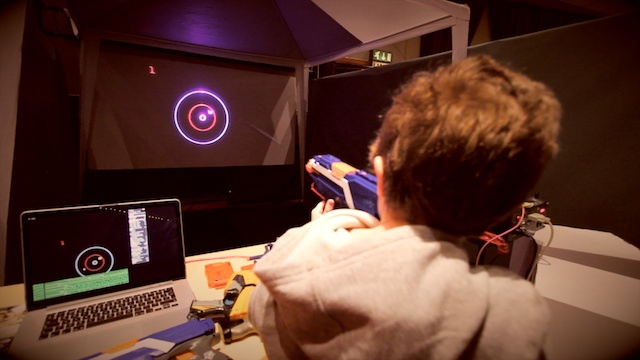 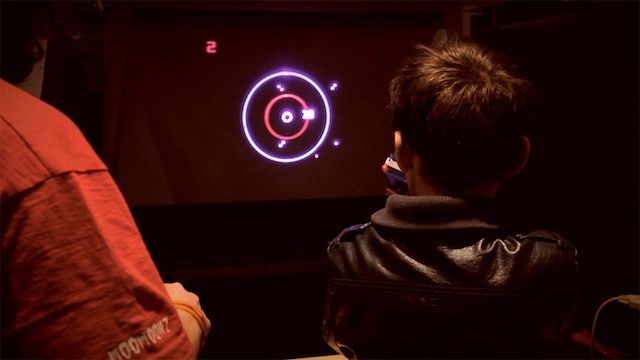 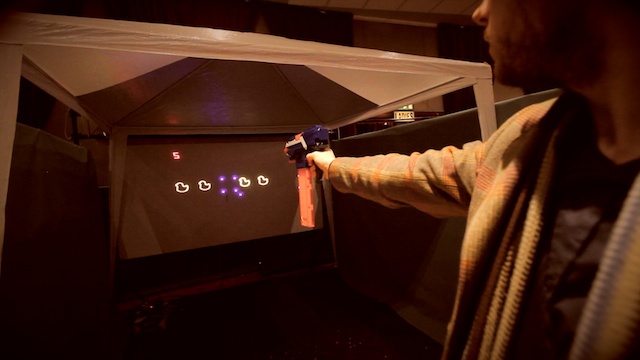 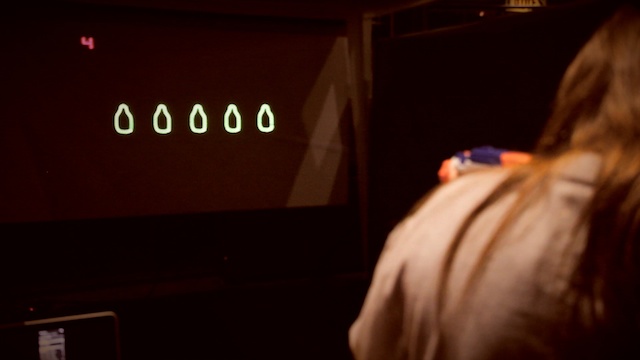 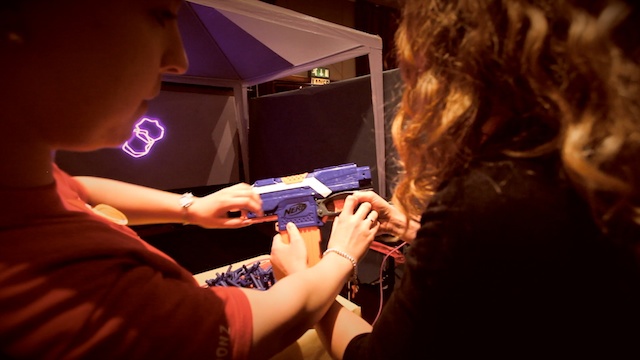 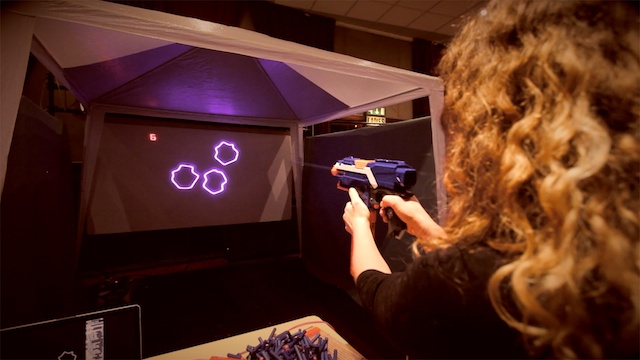 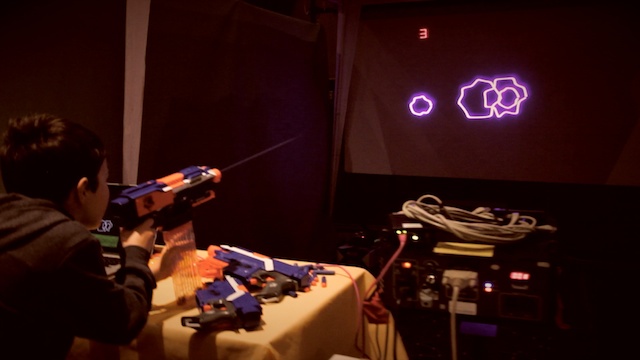 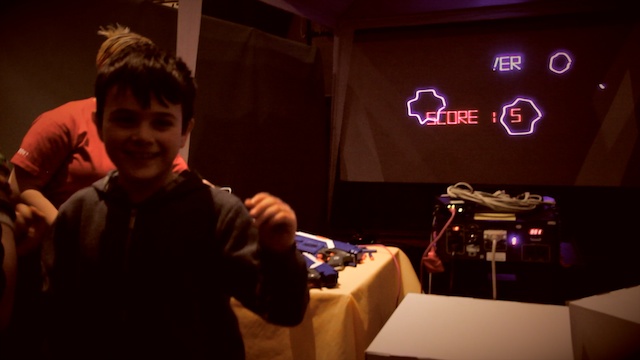 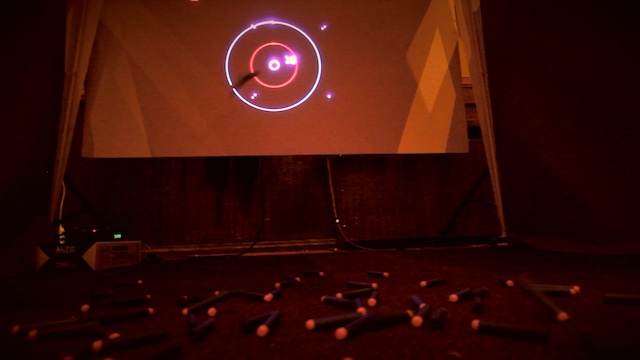 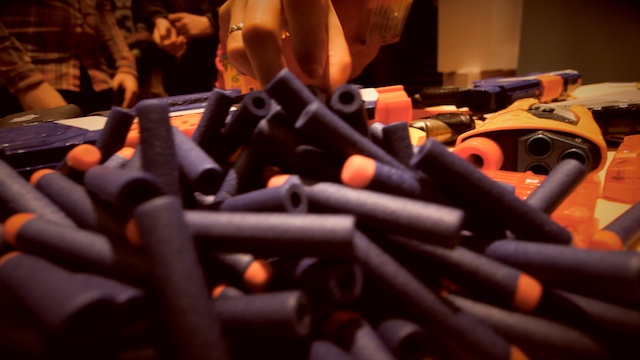 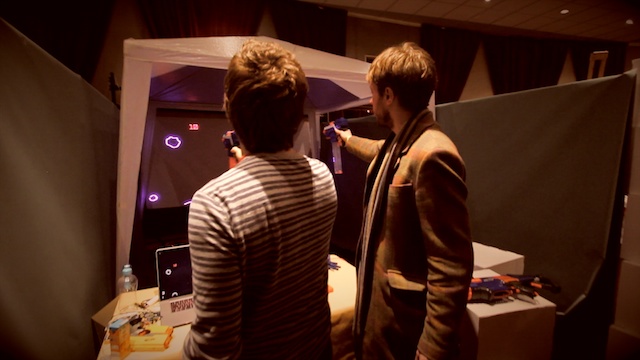