On the latest episode of the Creative Coding Podcast, I had a long chat with Robert Hodgin. Perhaps best known for gorgeous sound reactive particle systems that later became the default iTunes visualiser, he talked to me about his background, his process and what motivates him. 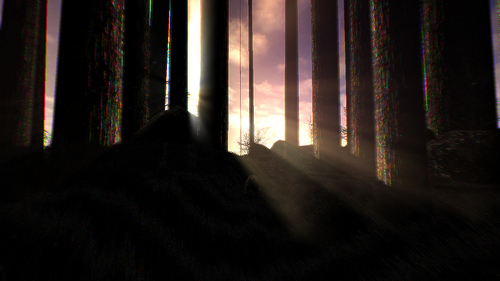 You can listen to the entire interview here, but here are a few segments that I randomly started typing out.

I asked whether Flash banner ads were responsible for creating digital artists (having heard what Jer Thorp had to say about it), and was particularly interested in hearing how Robert made the progression from being the “in-house Flash guy” to becoming a digital artist.

Robert : Three years in [to my time at Barbarian] banner ads were in demand, and I was the “Flash banner guy”. They were pretty lucrative and it occurred to me that we were getting banner ad jobs because we were good at them. I got tired of it and decided that the solution was to make myself lose that ability. I just stopped using Flash entirely, and focussed on Processing so I could do more installation work, or anything that didn’t have to live in a browser. I wanted a break from Flash browser based experiences so I unlearned all the ActionScript I knew, it disappeared like a foreign language you never use. Within six months it just went away, which was awesome – I never had to do banner ad jobs any more!

Seb : And this was before AS3?

Robert : Yes, I wasn’t a very good coder, I stuck with AS1 for a long time even though everybody was all about AS2 and then AS3 came out and I was still barely using AS2! We weren’t really allowed to be up to date with that stuff – the banner-buy would be for AS1 and there was nothing you could do about it.

The little I did learn about AS2 was that it didn’t seem to be that much different from Processing, which made the leap easier.

Seb: You just decided to work in processing, was Barbarian cool with that?

Robert : I was very blessed to be in that company with that gang – they were very understanding. We got together in a partner pow-wow and talked about what we wanted to do with our career. I said I would be happy to never open Flash again – let’s figure out how to make that happen.

We tried to get installation work and got close but the money wasn’t really there yet. The second bubble had burst so we’d get these request for $300,000 projects and then they’d kill the job because it wasn’t good use of their money.

We weren’t losing the jobs to other people – the leads we had kept changing their mind. Which was frustrating to me because I wanted my decision to turn my back on Flash to be lucrative really quick, but it took a really long time.

Seb: Did you still take these low-fee projects?

Robert:We did a few visualisations – somebody would want audio visuals for a touring concert so we’d make an app they could use. And we did something for NextFest with Goodby Silverstein that was fantastic and one of the more rewarding Barbarian jobs – a huge interactive grass wall that really whet my appetite for large experiencial projects.

A simple concept but very effective and it was just a really nice treat to see people interacting with your work. With browser based work you’re not often there so you’re not aware of how or if it’s being appreciated. With the grass wall I saw hoards of people playing with it, making the grass bend.

Cinder is a C++ framework that was created by Andrew Bell who I worked with at Barbarian, he’s now heading up the interactive dept at The Mill in NYC.

Cinder represents some decade-plus of his personal C++ libraries, but he’s been coding C++ for such a long time and his libraries are really solid. While at Barbarian he decided to make it an official release rather than just something he and I worked on to make the iTunes visualiser, why not release it and let the public contribute to it, make it open source and don’t limit its use. 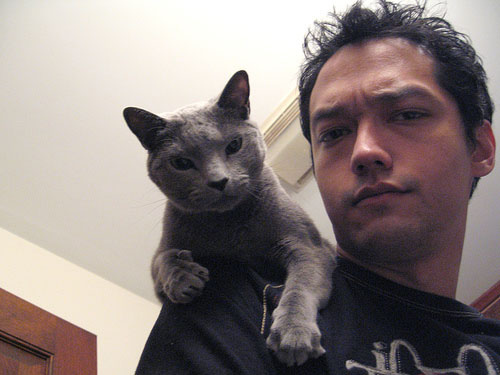 For people who are familiar with openFrameworks – it’s just a different version of that, but for me it was extremely useful knowing Andrew – he pushed me into the world of C++. I would ask him Java questions and he would say “I think you might do it this way, but if you did it in C++ not only would it be easier but I could help you figure it out.” He kept goading me into switching to C++ so he could be a more effective tutor for me. I eventually took him up on it and it’s been extremely invaluable for getting me up to speed on things like pointers and references and all the gross but super useful aspects of C++.

Seb: I assumed that Cinder might not be that mature because it was new but it’s been part of Andrew’s code library for years?

Robert It’s surprisingly fully featured – he’s about to put out another release that will have texture based fonts and timeline animation, which will be very useful for the stuff we’re doing on iPad – coding up a UI is the one thing that makes me miss Flash – it was much easier than in C++ or Processing.

That was about as much as I could handle typing in 🙂 The full interview is around 45 minutes long and he talks about his new project Bloom, his creative process, how he feels about sharing his source code and his thoughts on the digital art world.