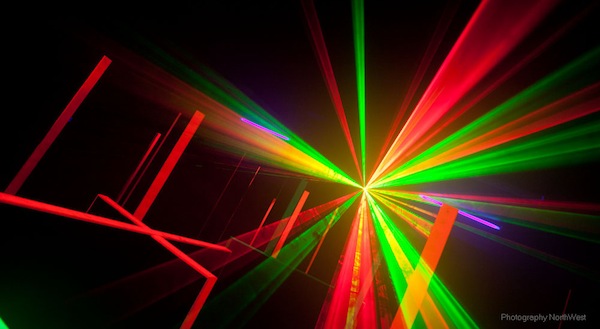 Over the next few weeks I’ll be working hard on new features of PixelPyros, and I thought it’d be fun to share what I’ve learned. I’m going to start with lasers. Because, well, because lasers.

First, a quick word of warning: Lasers are dangerous and you can seriously damage your eyes or even go blind. If you’re interested in working with lasers, please make sure you seek advice and supervision from qualified experts, and always wear eye protection. 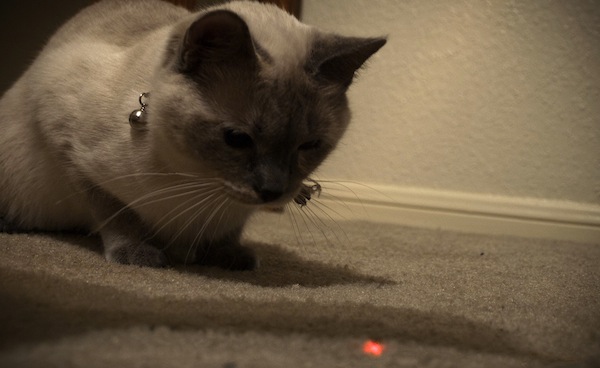 One of the few things that humans and cats have in common is that we love lasers, so I’ve felt compelled to add lasers to PixelPyros for a while. Modern projectors are pretty bright, but they can’t get anywhere near as bright as real fireworks. Lasers on the other hand can make super bright points of light – so bright that they look like they are emitting light rather than just reflecting it!

My thinking was that I could use lasers to pick out the bright points in the fireworks, and still use the projectors for the detail. I’m not sure exactly how this will look. I just know that I want really beautiful super bright points of laser light. 🙂

To get started I needed to find people who owned some big lasers, and I was put in touch with a local production company. They’ve been experts in laser stuff since the 80s and we got on like a house on fire. Thankfully they’re excited about the project and they’ve come on board as our production company – they’ll be be providing not just lasers, but also the massive Christie projectors and sound system.

Let’s rewind a little and take a quick look at how lasers are controlled. Anyone who’s ever used a laser pointer knows that you can point it at the wall to make a little point of light, and if you move it around quick enough, the persistence of vision effect kicks in and it’ll appear to leave a trail as it moves. 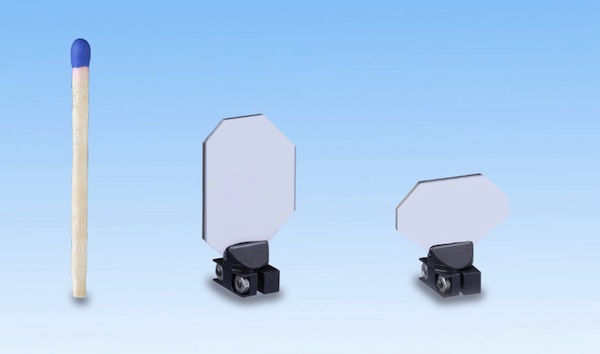 The tiny mirrors used to move the laser. Photo: Mersen

A scanning laser can be moved around electronically to make shapes and patterns. Well, actually, the laser itself doesn’t move at all – it’s reflected off two mirrors. Each mirror is rotated on a single axis – one controls the horizontal position and the other controls the vertical position of the laser. 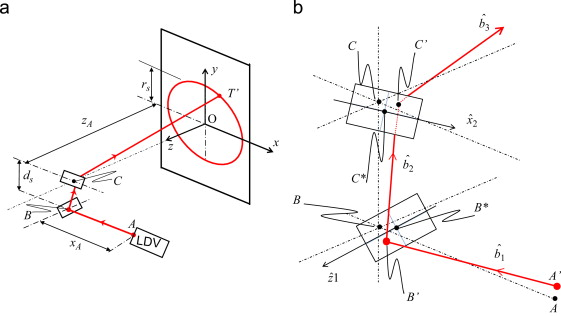 How the mirrors move the laser, in a very confusing diagram I stole off the internet

Each mirror is attached to a galvanometer, or galvo, which controls its rotation. Galvos use electro-magnets to convert electrical energy into movement – they’re also used on the needles on old-fashioned VU meters. They can be incredibly fast and accurate, cheaper units can move the laser to 30,000 points per second, professional ones can handle 80,000. 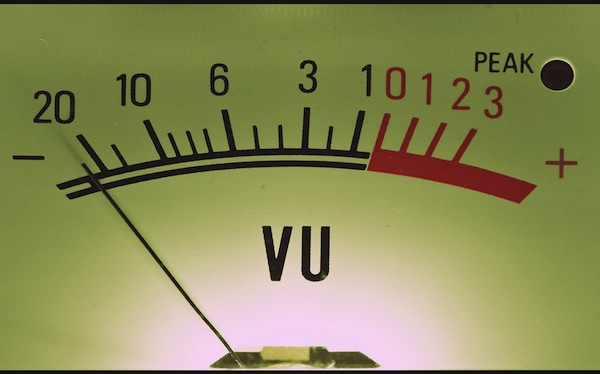 VU meters use a galvanometer to move the needle. Photo by Dafydd Thomas

To make distinct shapes, we turn the laser off, move to the start point, turn it on, then move it around all the points in the shape, then switch it off again. Do this again for as many shapes as you want to project. Obviously the fewer points there are the faster your laser moves and this makes the image less flickery.

You can get lasers in most colours, and also RGB lasers – units with integrated red green and blue lasers that can make any colour, including white.

In the next part I’ll talk about the hardware you need, and how to hook everything up and communicate with the laser controller directly.

[…] the first part of this series, we looked at the basics of how scanning lasers work, so now we’ll cover the equipment that […]

[…] hardware and programmed it with Memo Akten’s openFrameworks addons. (More info on my laser blog posts) I added a lot of new code that I’ll be continuing to work on this year with an aim to […]