I’ve been converting my ST4i workshop from Arduino to Node.js/Raspberry Pi and one of limitations is a lack of built-in PWM pins. PWM or Pulse Width Modulation can be used to fade LEDs up and down rather than just turn them on and off. If you’re new to PWM, here’s a full explanation at Sparkfun.

On the Pi Zero, you can only enable 2 hardware PWM pins at one time, and the library I’m using to control the GPIO pins doesn’t support PWM at all! (The ubiquitous onoff node module).

After a bit of searching, I found the pigpio Node.js module, and this, in turn is a wrapper for the Pigpio C library.

As far as I can tell, it manages the PWM duty cycle in software, so it’s not as performant as the built-in hardware PWM pins, but as it’s written in C I’m sure it’s fast and certainly my experience so far suggests it’s super smooth.

If you want to try it for yourself, follow the instructions on the github page. I had a slight amount of weirdness, it didn’t seem to install straight away, but I deleted everything and started again and it seemed better.

I also had another problem – somehow I had started the pigpiod daemon and this clashed with the Node.js module code. Either the installer for pigpio did it or else I ran in manually while trying to get things running. sudo killall pigpiod should sort it out.

And a final thing to look out for – if you have node 0.10.29 on your Raspberry Pi (the version that comes with Raspbian Jesse) you’ll have a problem running any Node.js module that uses Nan, the native addon library. I first encountered this when I updated the LED matrix library to work with newer versions of Node.js, but it’s simple enough to fix. See this thread on github for solutions.

Once you have it installed you can do PWM output on any GPIO pin, here’s a set up for 9 LEDs like in the image above. 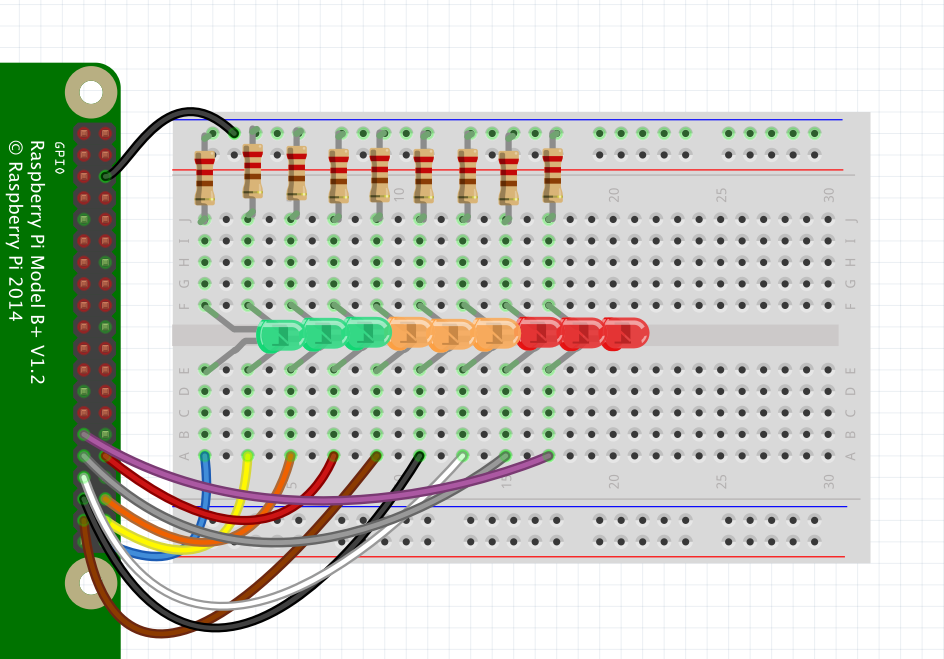 You can then use this code to get the nice pulsing effect in the animation.

Note the issue with sending floating point numbers – I’m surprised that this isn’t handled at the other end but it’s easy enough to fix with a Math.floor.

And also notice how I’m using cubic easing to smooth out the brightness curve on the LEDs.

You can also use the pigpio library to control hobby servo motors. That’s what I’ll be doing next!

More about my ST4i workshops.

As part of the preparation for my upcoming workshops (last two tickets left!) , I’ve been working on writing Node.js code to drive various bits of hardware that are included in the free kit that comes with the course. So I’ve made my first ever npm package! And it drives cute LED displays running on the MAX7219 chip.

In particular, there are two little LED displays that I really love. One is an 8 x 8 LED matrix, and the other is an 8 character 7 segment display. (The ‘7 segment’ refers to the arrangement of LEDs that makes up the number shape – think of the displays on the Delorean time-machine dashboard).

They’re both driven by the same chip, the MAX7219, which can drive 64 LEDs, so perfect for both of these displays, and you can actually daisy chain up to 8 of them together and run them from the same pins. There is already a Node.js library that can run these, and it works fine (MAX7219) – it’s geared towards the 7 segment display and it works with the native SPI device on the Raspberry Pi.

But it is possible to run a MAX7219 chip without using the SPI device. You can ‘bit-bang’ the GPIOs – this is a way of sending digital data out of pins manually by setting them to high or low for each bit. It’s probably more performant to use the native SPI device but this method is perfectly fast enough for most applications, can be connected to any pins, can have multiple outputs, and is simpler to set up (as you don’t have to enable the SPI device on the Raspberry Pi).

It’s based on the Arduino LedControl library so much of the API is similar, but it’s currently in a very early state so expect the API to change. 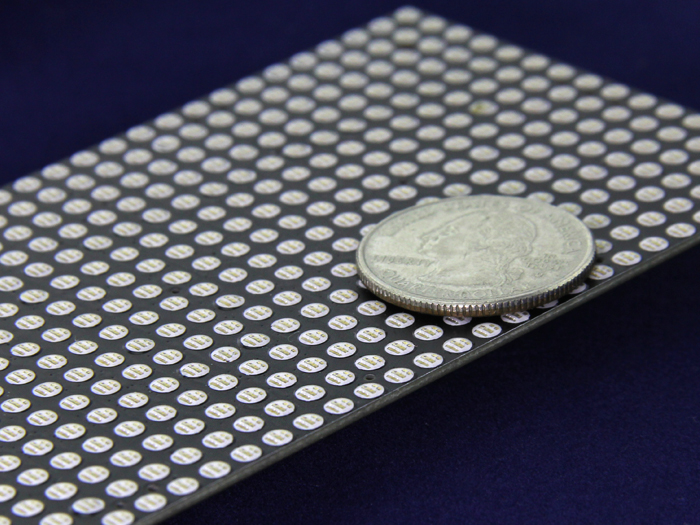